Mazda Cosmo at the core of Motorsports heritage

Mazdaspeed is well known as the one the most successful and prolific factory-backed racing shops.  Their claim that there are more Mazdas on track each weekend than any other make is pretty easy to validate.  Spend time at any track or autocross course across the country and you’ll see more Miatas than anywhere short of Jalopnik.  Interesting to note that their grass-roots style efforts started back in the late 1960s with a little car called the Mazda Cosmo.  (*Note: through my extensive research, I was unable to tell if Michael Richards character in Seinfeld was inspired by this little coupe, so I’ll assume it was)

Origins
I won’t bore you with a history of the Cosmo, you can read the Wikipedia entry, but I bet most of the folks reading this have never seen one outside of their Gran Turismo garage (even then it was probably a prize car you didn’t actually spend your own money on).  The Cosmo was the big dog in Mazda’s lineup, even referred to as its “halo” model for quite some time.

Launched in 1967, this was the first production Mazda to ever use the Wankel rotary engine in production.  That’s a pretty big deal.  Designed by two fellows named Kobayashi and Yamamoto (unclear if they were related to the eating champion or the Admiral respectively) the Cosmo is a classic from a design perspective.  Plus their little 2-rotor engines powered the rear wheels and pumped out 110hp, bringing the “110S” designation for cars exported out of Japan.  That’s not bad for a 2000lb car with a 4spd manual.  Oh right, I said I wasn’t going to regurgitate the Wikipedia entry.  Suffice to say, this was a cool little car and likely a blast to drive.  Let’s go racing they said.  It’ll be fun they said.

The Crucible of Motorsport
So you’re a car company trying to make your way in the world.  Where best to test your new revolutionary engine then during an endurance race.  And while you’re at it, let’s test out our suspension.  Where do manufacturers to do that?  Oh right, the Nurburgring.  “Oh cock” as Mr. May would say.

In 1967 an independent racing team existed under the name “Mazda Sports Corner”.  Based out of a Mazda dealership in Tokyo, this was the predecessor to Mazdaspeed.   Looking to test the viability of their new rotary engine, and trying to build off of the early sales success of the Cosmo, Mazda went to Germany with two Cosmos.  The Nordshleife hosted the “Marathon de la Route,” which lasted…wait for it…84-hours!  I see your silly French race and multiply it by three and a half days.  Sacrebleu!

The 10A rotary underwent a couple of changes to help with the grueling run around the ‘Ring.  A a novel side, and peripheral-port intake system was added.  A butterfly valve switched from the side to the peripheral port as RPMs increased.  Inside, the production rotor housing was made of sand-cast aluminum plated with chrome, while the aluminum sides were sprayed with molten carbon steel for strength.  Cast iron was used for the rotors themselves, and their shafts were of chrome-molybdenum steel.  Wasn’t that what Wolverine’s claws were made of.  Oh, no never mind.

The two Cosmos performed admirably, running 4th and 5th most of the race.  It wasn’t until the 82nd hour when one of the cars went out with axle damage.  We talk a lot about the reliability of rotaries, this was in the early days of the concept and illustrates how well they can perform under stress.  The other car, driven by some Belgians, ended up finishing 4th overall.  Over the next 15 years Mazda kept their right foot down and in 1983 officially formed Mazdaspeed at the company’s headquarters in Hiroshima.

So what became of the Cosmo?
Well it was updated with a “Series II” the next year that featured more powerful 10B engine (by 20hp), power brakes, a 5spd and some aesthetic updates.  Jay Leno owns one.  The second generation went from 1975-1981 and was sold internationally (albeit unsuccessfully) as the RX-5.   From 1981 to 1989 the car suffered from a fairly boring design, a trend started with the 2nd generation but made a bit of a comeback in the early 90s as the Eunos Cosmo.  Featuring a 20B three rotor engine, the Cosmo lived until 1995 and was the top of the line mode of the Eunos luxury brand in Japan and helped make the 20B engine a legend among rotary  lovers. 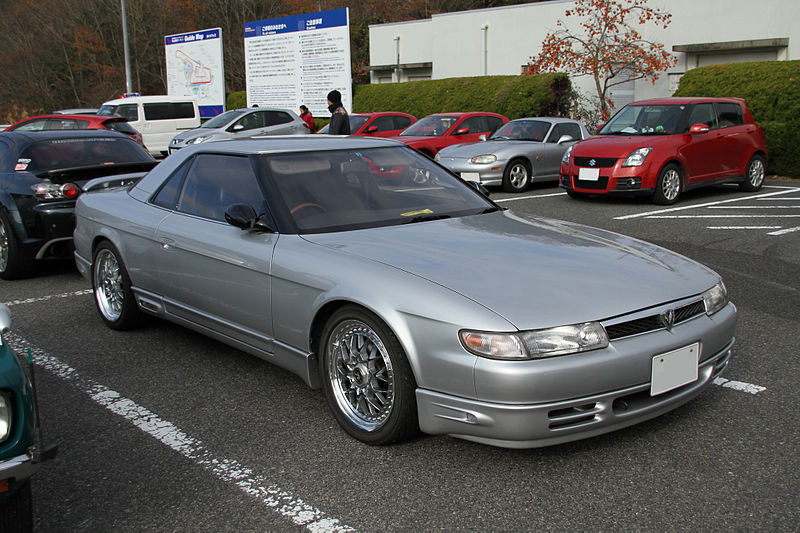 So a fascinating motorsports start to an interesting company who has dedicated much of their image to the fact that their cars are zoom zooming around tracks across the world.  We figured it was time to make sure the little Cosmo got some credit for launching it.

Will is an automotive writer and regular contributor to Right Foot Down.  Based in Maryland, he has had a long history of founding failed automotive sites and spending way too much time on car forums.  He has owned “too many Mustangs” according to Josh and has a fetish for RWD V8s.  He spent most of his 20s on tracks in the mid-atlantic and killing cones in parking lots and has even taught at a teen performance driving school.

Our pals over at Autoblog.nl just posted pictures of the new BMW Z4 concept ahead of it’s Pebble Beach…

Today, it has been announced that the VW Golf SportWagen, America’s last affordable wagon, is being discontinued after…

Just the 1,900 Horsepower Automobili Pininfarina Battista, Nothing to See Here

Today, Automobili Pininfarina has revealed its new electric hypercar, the Battista at the Turin Auto Show. Showcased in…