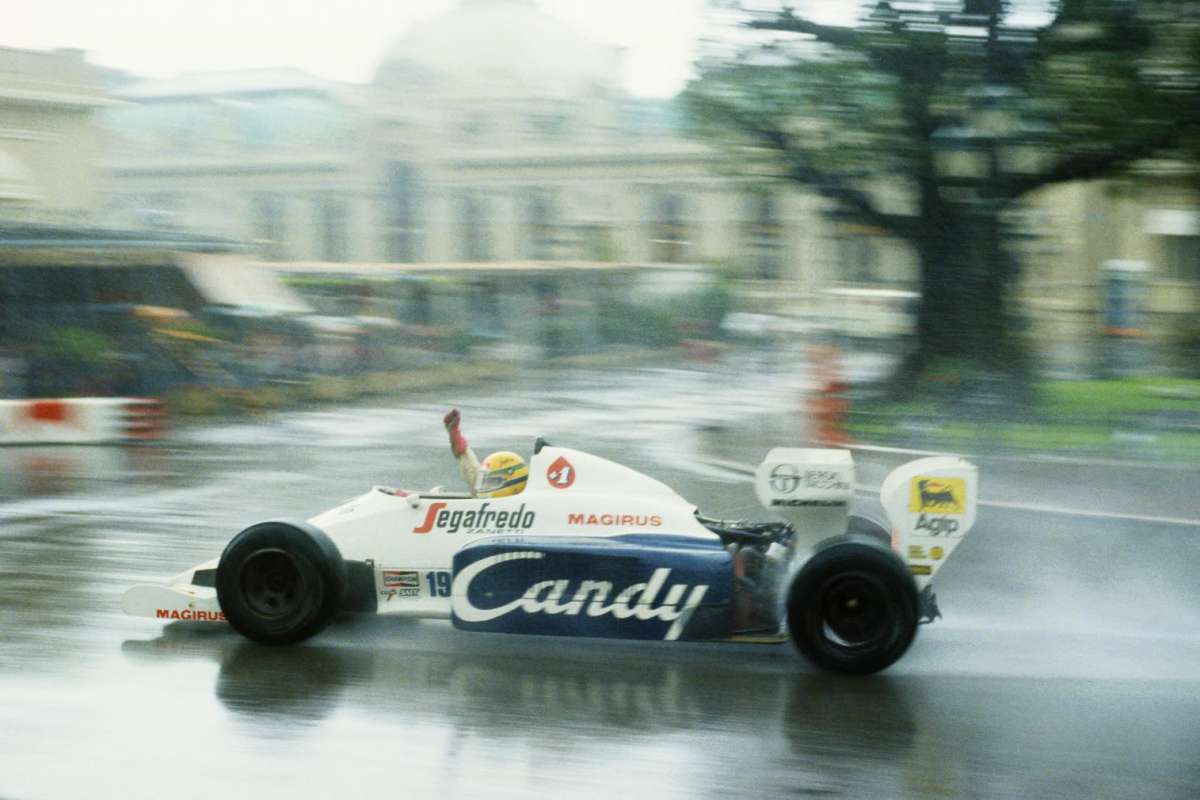 Aryton Senna was laying down staggering lap times. Nearly four seconds quicker per lap than the race leader Alain Prost. Officials waved the red flag on lap 32 to end the race early due to heavy rain, just moments after Aryton Senna passed race leader, Alain Prost. According to the rules, the winner would be the leader of the previously finished lap. Aryton Senna was awarded 2nd place in the 1984 Monaco Grand Prix and his first podium finish in Formula One.

Should we start ‘Memories Monday’? I’ll admit, I found this photo of Aryton Senna on a Jalopnik post and thought it was too awesome not to share.

No Longer Lusting for the 2015 Mustang GT

I’ve said it before. I love the Zonda. The new Cinque, 1 of 5 produced, and priced at…

Photo by the talented Dale Martin. Be sure to check out more of his work here!