There is a new car in the RFD long term test garage, arguably one of the best hot hatches on the market, the Ford Focus ST.  A quick disclaimer, Ford wanted us to test this car so damn bad, they allowed us to finance it for 72 months.  I know, I felt honored.  So what’s it all about?

Much like our recent road test of the new GTI, we’ll start the Ford Focus ST long term test with a quick history lesson.  The ST version of the Focus goes back to the Mk2 (pronounced “mark two”) version circa 2005.  Us colonials may not remember that as it was not available here in the States.  Available in Europe and Australia/New Zealand (called the XR5 Turbo down under), the ST featured a turbocharged 2.5 L 5-cylinder Volvo sourced Duratec engine producing 225 hp.

To trace the US lineage of totted up Focii, you have to go back to the 2002-2004 Focus SVT. This car was legit, starting under $20K and putting out 170hp that only had to motivate 2800 lbs of Ford.  You could find them in 2 and 4 door hatchbacks and the entirely reworked suspension and brakes made for a hell of a car.  It was sorely missed when it ended production.

Technically, the US had an “ST” package on the ZX4 circa 2005-2007.  I owned one actually.  It was no ST and only produced 151 hp from its 2.3-liter Duratec inline-4 engine, just about 20 more hp than the 2.0-leter below it.  The modifications were mostly skin deep, and despite some aggressive bodywork, it was no SVT and nowhere near as good as the ST from overseas.

That hiccup aside, the early hot ST models set the trend that this was not a normal focus.  It was louder, lower, and more aggressive than the pedestrian Focus.  But it wasn’t until 2010 when Ford decided to unite the disparate Focus platforms and designs and introduce the Mk3 model.  This was a good moment for us in the Homeland as the Euro focus was much better than the version we got here in North America.  The 3rd generation Focus came out in 2011 and in the summer of 2012, we finally got the ST we wanted. 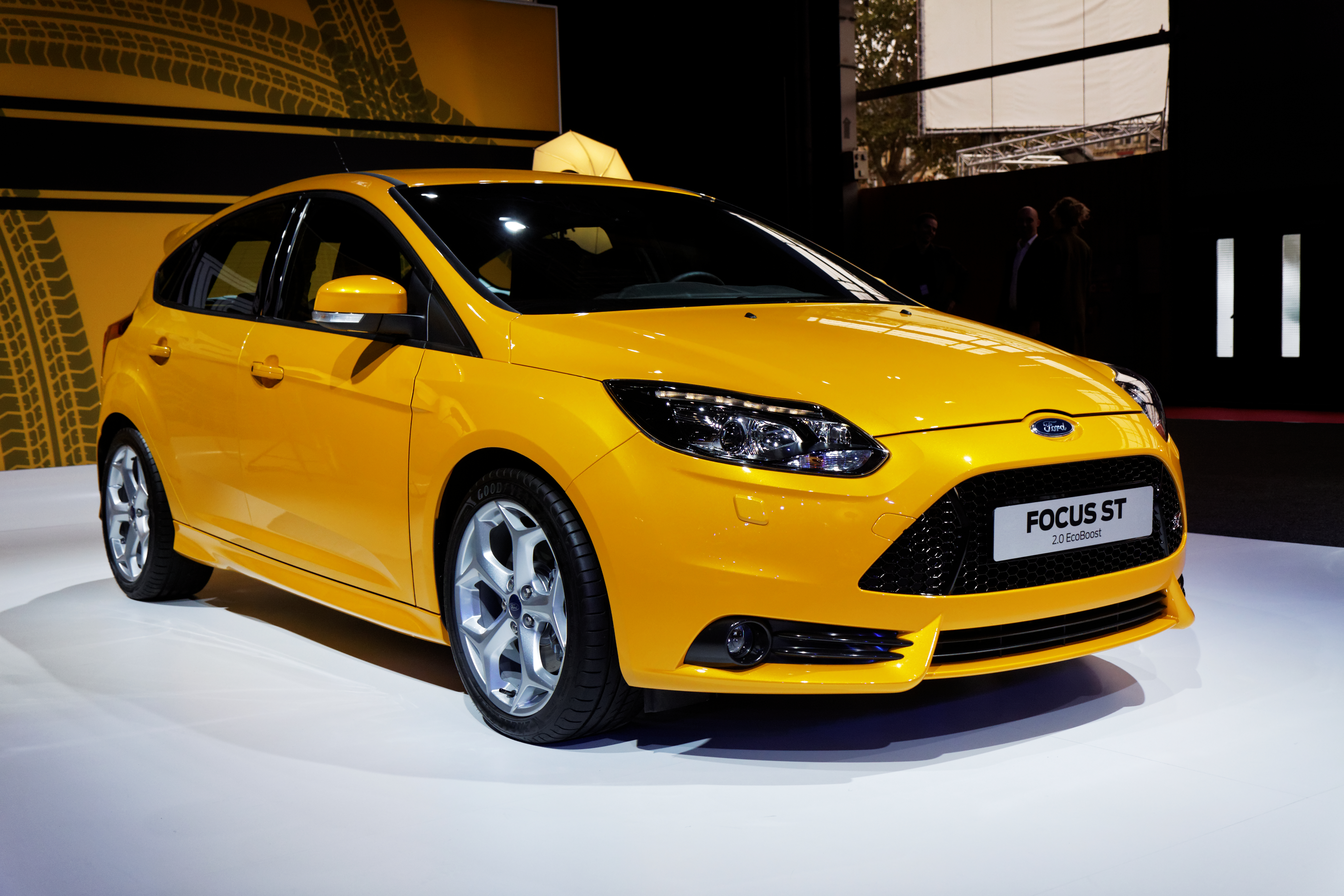 So that brings us to present day and RFD has one and we intend to bring you all the insights you desire as a current or prospective owner.  We will race it, drive it to work every day, run errands, see if it will “baby”, and even compare it to a legendary option from the used car market.  You know, the one that everyone suggests when someone asks “hey, what should I get from $25K or less”?  Stay tuned, it’s coming.

Here are the details and specs on our 5-door Ingot Silver Metallic tester, keep visiting RFD for updates as we get to know her inside and out. The only options we checked off on our brand new 2014 was package 201A/ST2 and a moonroof.  For those unaware, if you get no other package on a Focus ST, get this one, just for those seats.   If you remember, we rated the Recaro seats in the Focus and Fiesta ST as “best in show” at this year’s DC auto show.  Initial notes from the drivers log are that the seats are as good as you’ve heard, but they are a tight fit so we promise to give you some real-world impressions.

The Rest of the Specs

Take a look at our Focus ST on Wheel Well.

It all happened rather quick. One moment I’m walking out of JCPenny with my family and the next…

Dear 2004 BMW M3, I knew from the moment we met that you were different than the rest.…